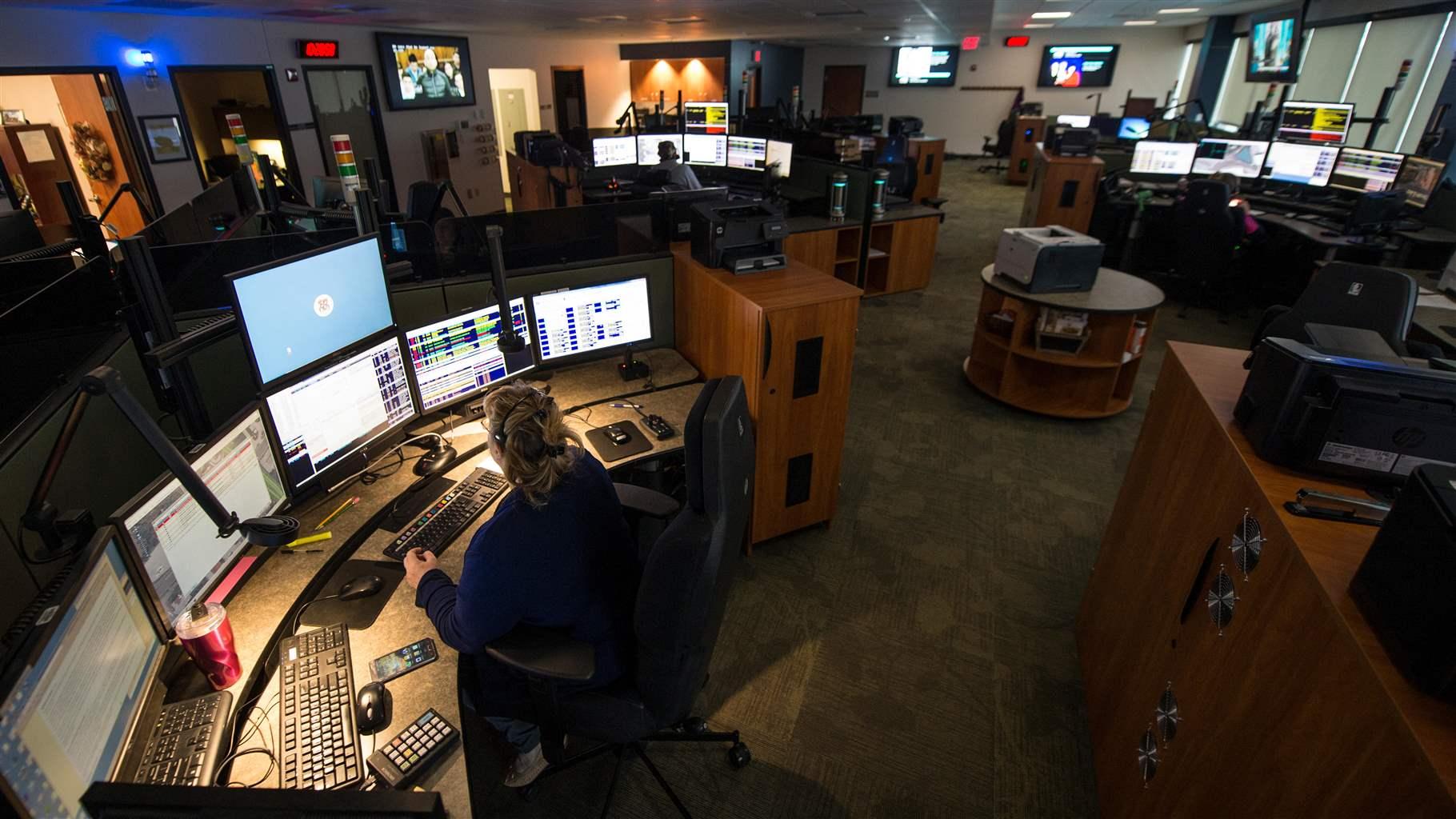 While much of the health care sector has increased its use of data to inform patient care and institutional decisions, many 911 call centers — which are a gateway to receiving emergency care — are lagging, leaving communities without the information needed to improve responses, including for those experiencing a behavioral health crisis.

Findings in a recent Pew report on 911 call centers’ response to crisis calls suggest many have not established effective and consistent methods to track behavioral health emergency call data. According to the respondents — 37 call centers across 27 states — although most centers indicate in their data systems whether a call involves a mental health or substance use crisis, less than half regularly update call information, record outcomes, or report their data, even internally . Without this data, policymakers cannot make informed decisions that could improve emergency responses to people in behavioral health crises.

This status quo can be changed, however, as shown by separate analysis of data from 16 jurisdictions affiliated with the Safety and Justice Challenge (SJC), an initiative from the John D. and Catherine T. MacArthur Foundation that seeks to reduce over-incarceration by changing the way America thinks about and uses jails. Compared with the other 37 call centers, the SJC localities had higher rates of collecting 911 behavioral health crisis data (13 of 16 compared with 28 of 37), updating call information (nine of 16 compared with 15 of 37), recording outcomes (10 of 16 compared with 18 of 37) and reporting their data (eight of 16 compared with six of 37).

To understand how some centers overcame the challenges of collecting, analyzing, and reporting 911 crisis call data, Pew interviewed some respondents in the SJC group. They cited three elements critical for transformation: analytical expertise, commitment to culture change, and relationships with key stakeholders and other agencies.

Jim Lake, who directs a 911 call center in Charleston, South Carolina, said data collection helped “identify which calls we can not send EMS on and which calls we should stage law enforcement on.” (Staging means having police respond but maintain a distance to avoid escalating a situation.)

Another respondent noted that 911 telecommunicators can not be expected to also manage data. “For the love of Pete, please hire an analyst,” one 911 official told Pew researchers when asked what advice they’d share with fellow call centers, “because, as the people who are doing emergency response, our mission is different.”

Obstacles identified by some of those interviewed included a lack of data collection standards as well as variation in the administration of 911 centers in terms of organizational structures, resources, and expertise. To address the challenges some resource-strapped communities may face, some state governments have stepped inproviding both funding and other support for 911 call data collection and analysis.

The 911 call center in Charleston offers an example of what it takes to transform a 911 line’s behavioral health crisis response.

“We basically capture the ‘who, what, when, where’ in our dispatch system,” Alanna-Jean Keith, a data analyst at that call center, told Pew interviewers. Keith also noted that the center staff includes behavioral health clinicians to advise call-takers, providing a data-backed rationale for dispatching responders that can direct some callers to behavioral health care rather than jail. She added, “To rally around some real numbers and some excitement about what we could do different and better, I think really gave us the energy and the synergy to move forward.”

Another 911 official noted that this culture change can take time and patience: “I have to remind people, we did not figure this out overnight. … It can feel frustrating. I still have to do quality assessment and follow up with my staff and we have ongoing training; it’s a commitment that you’re making moving forward. ”

To succeed, call centers need good working relationships with police, emergency medical services, mental health officials, and other service providers. Additionally, many state and local departments have their own data collection systems, which should be compatible with 911 centers’ data operations. Even within a county, there may be multiple 911 call centers with different data collection systems that may not be compatible with each other.

“Unfortunately, collecting data is a huge challenge,” said Kent McKenzie, director of 911 emergency communications for Lake County, Illinois. “We have nine or 10 call centers in the county, each using different dispatch software, and different protocols for EMS response. And each agency may have a different reporting system. ”

Some of those interviewed noted that other departments they must coordinate with — such as law enforcement or health care providers — may have subcultures of their own. Keith, the data analyst for the Charleston call center, cited strong communication with partner agencies, particularly the local mental health center, as key to improved data collection and analysis there.

“We do a lot of tracking in order to evaluate how many calls they are taking in their response area, how many calls may have a mental health component, and then comparing that with how many calls were actually dispatched [to the street response team]”Said the leader of that call center’s data team.

These interviews underscored that basic data collection and analysis at the 911 point-of-contact provides meaningful payoffs, and that coordination is the key to improving emergency responses to behavioral health crises. This in turn can help communities make data-informed decisions that will result in better public safety and health outcomes for individuals in crisis and their communities.

Tiffany Russell is director of The Pew Charitable Trusts’ mental health and justice partnerships project. Tracy Velázquez is a manager and Kyleigh Clark-Moorman is a principal associate with Pew’s public safety performance project.