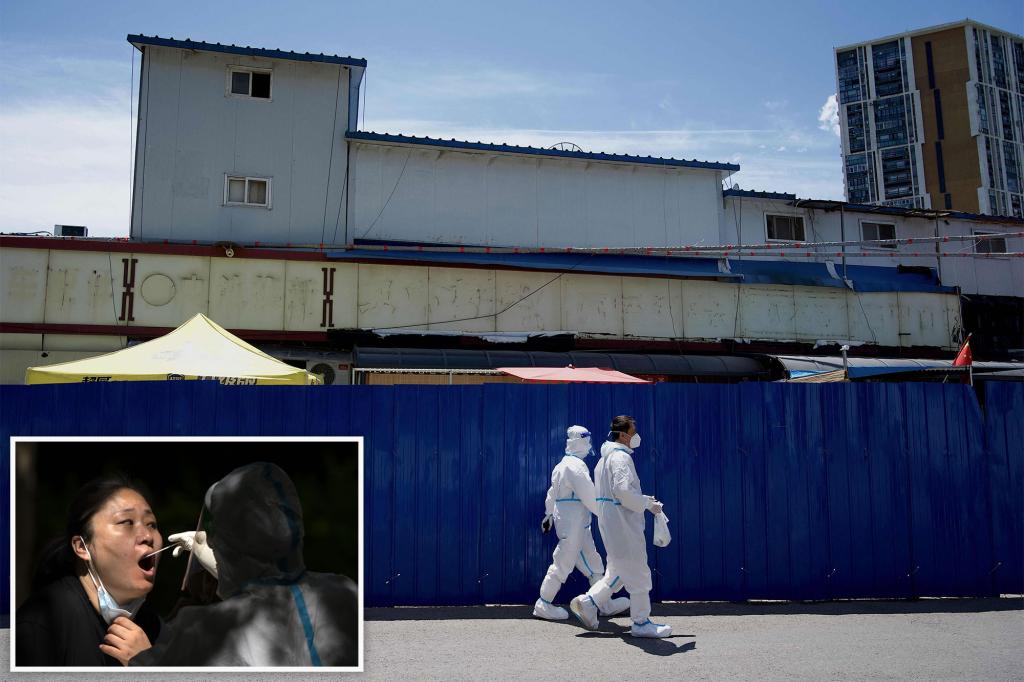 Beijing officials said Wednesday that the Chinese capital’s fight against COVID-19 was at a critical moment.

Zhong Dongbo, a senior health official, told reporters that the city cannot quiet down entirely and need to keep its economy ticking.

While the metropolis has stepped up quarantine efforts and is punishing workplaces that flout regulations – with more districts implementing work-from-home rules – authorities there have resisted Shanghai’s sweeping COVID lockdowns.

Instead, residents have been asked to report themselves if they believe they could have visited the same places as people who were infected with the virus.

Beijing has ordered rounds of mass testing – as have other Chinese cities – and limited travel, advising residents to avoid moving between city districts.

On Wednesday, Shanghai closed the makeshift hospital at the Shanghai World Expo Exhibition And Convention Center.

This move comes after the city reopened four of its 20 subway lines over the weekend.

While some residents have been allowed to shop for groceries, most restaurants and businesses are shuttered, with people working from home.

The Associated Press and Reuters contributed to this report.