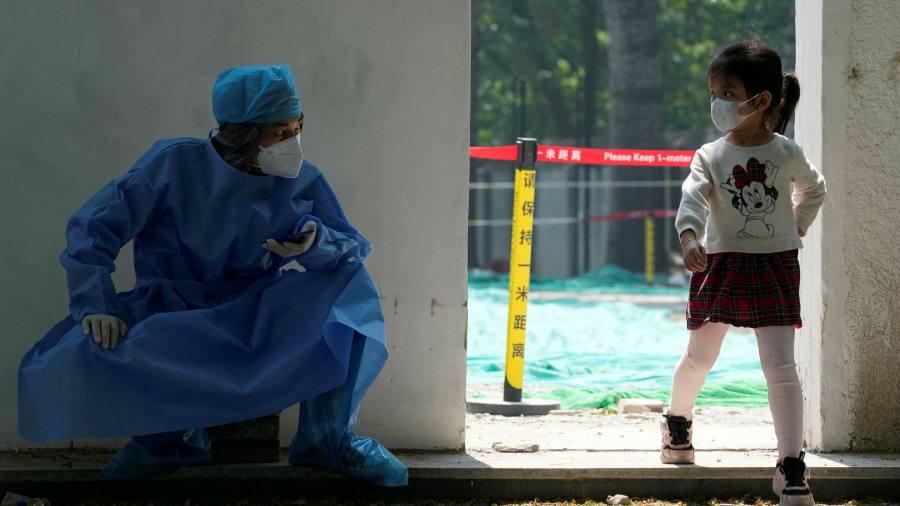 China’s industrial groups posted their worst decline in profits in two years in April, in the latest sign of the economic and corporate pain stemming from a wave of coronavirus lockdowns.

Industrial profits dropped 8.5 per cent in April compared to the same period a year earlier, the measure’s worst fall since March 2020, when China was also gripped by restrictions to combat the initial outbreak of the virus.

The contraction piles greater pressure on the government, which has insisted on maintaining its zero-covid policies that seek to eliminate infections through mass testing, lockdowns and quarantine.

The strategy is a priority for President Xi Jinping this year as he bids for an unprecedented third term in power, but its mounting economic costs pose a grave threat to the country’s growth target of 5.5 per cent for 2022.

Official data last week showed a fall in overall activity in April at a time when Shanghai, China’s financial hub, was closed off and residents were confined to their homes. Retail sales, an important gauge of consumption, collapsed 11 per cent while industrial production also fell. Unemployment hit 6.1 per cent, its highest level in two years.

Lockdowns are estimated to have affected dozens of cities and hundreds of millions of people. Restrictions are also being imposed in Beijingwhich is reporting dozens of daily cases.

Premier Li Keqiang this week issued a stark warning over the state of the economy and called for “reasonable growth” in a speech to more than 100,000 officials that did not explicitly address the zero-Covid strategy but mentioned virus prevention. He added that corporate liquidation was up 23 per cent in April.

China’s latest outbreak has been centered mainly around Shanghai, which has reported about 63,000 infections, and where many residents are still confined to their homes. Officials have emphasized the need for quick citywide responses to the highly infectious Omicron variant.

Zhu Hong, a senior statistician at the National Bureau of Statistics, said that in April the outbreak “had a large impact on the production and operation of industrial firms”, and added that for manufacturing companies specifically, profits fell 22 per cent.

Authorities, which were already easing monetary policy in response to a liquidity crisis in the real estate sector that erupted last year, have taken other steps to support the economy. Last week, China’s rate underpinning mortgage lending was cut for the second time this year.

Analysts at Goldman Sachs pointed to the effect of “high raw material costs” on industrial profits, in addition to the supply chain disruptions arising from Covid lockdowns in manufacturing centers.

“We expect policies to ease further on the fiscal front to boost demand, given downward pressures on growth and the uncertainty of the recovery pace from Covid disruptions,” they noted.