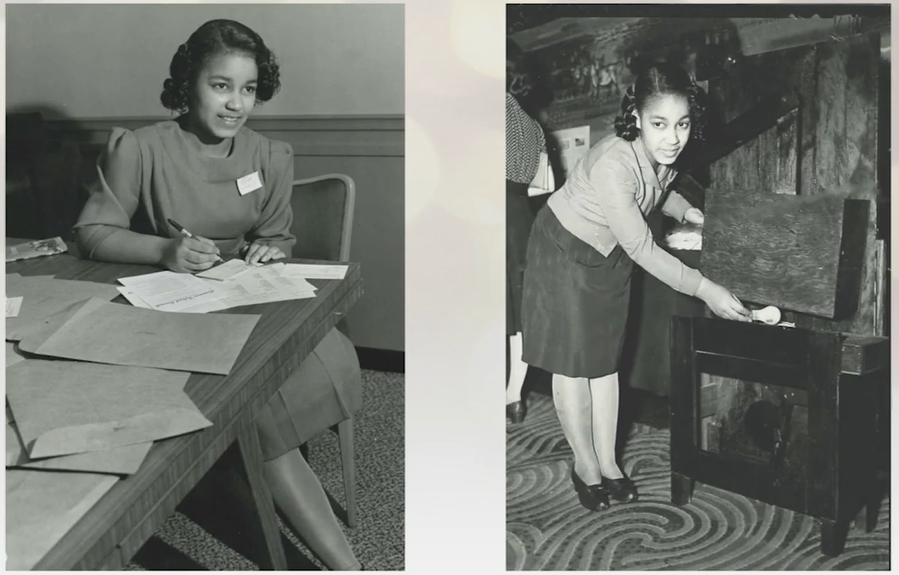 In 1944, Dr. Nancy Agnes Durant became the first Black finalist in the Science Talent Search (STS), ranking in the top 10 scholarship winners that year. She followed in the footsteps of her father, Dr. Oswald Durant, one of the first Black doctors in Alexandria, Virginia, attending medical school and later becoming a renowned psychiatrist.

Since then, Black alumni of the Society for Science’s competitions have continued to break barriers across STEM fields. Whether it’s being appointed to the Society’s National Leadership Council or receiving a MacArthur Fellowship, the Society’s Black alumni are leaders and change agents who are making the world a better place.

A Policy Specialist at Google, 2013-2014 ISEF alumnus and 2014 STS scholar Robert ‘Ra’ Bacchus is passionate about the intersection of culture, society and technology. Before joining Google, Ra worked as an Internal Policy Officer for the Office of Science & Technology Policy during the Obama Administration. He was also involved with the Oakland-based nonprofit Urban Roots, which aims to empower local youth and encourage entrepreneurship. Ra has a Bachelor of Arts in African American Studies and a Master of Arts in Anthropology from Stanford University.

STS scholar Harold Ekeh (2015) is the founding president of Every Vote Counts, a student-led, nonpartisan organization aiming to increase voter turnout and expand voter access across the country. At eight years old, Harold and his family immigrated to the United States from Nigeria. He received a Bachelor of Arts in political science and government from Yale in 2019 and is now a JD candidate at Harvard Law School.

Currently a postdoctoral research fellow at Stanford University School of Medicine, Leah Guthrie competed in ISEF 2006, 2007 and 2008. Leah was named a 2020 Hanna Gray Fellow through the Howard Hughes Medical Institute. As a microbiologist and immunologist, her research focuses on how gut microbes metabolize certain acids in foods and how the byproducts of those metabolized acids impact the gut microbiome and kidney disease.

After competing in the 1986 International Science and Engineering Fair (ISEF) and being named an STS finalist in 1988, Brian Hooker graduated with a Bachelor of Science in electrical engineering from Stanford University. Brian is managing director for PCs for People, a nonprofit based in Atlanta, Georgia which has provided 155,000 people with home computers, connected 165,000 people to low-cost internet and recycled more than eight million pounds of electronics.

Cofounder of the E2 Social Epi Lab2010 STS finalist Elle Lett is a postdoctoral fellow in statistical epidemiology and MD candidate at the University of Pennsylvania. She recently won Cell Press’s 2021 Rising Black Scientists Award, for her “Science as a Tool for Justice” essay, which you can read here. Elle plans to use her research of health services and social epidemiology to motivate policy changes that will lead to health equity in the United States.

Emmanuelle St. Jean competed in both ISEF and STS in 2000. She is now the Director of New York City Programs for the Bard Prison Initiative, a college-in-prison program that has issued around 550 degrees across six interconnected New York State prisons since 2005. Previously , Emmanuelle served as a Broad Resident at the Broad Center and as Senior Director of Shared Services and Enrichment at KIPP DC.