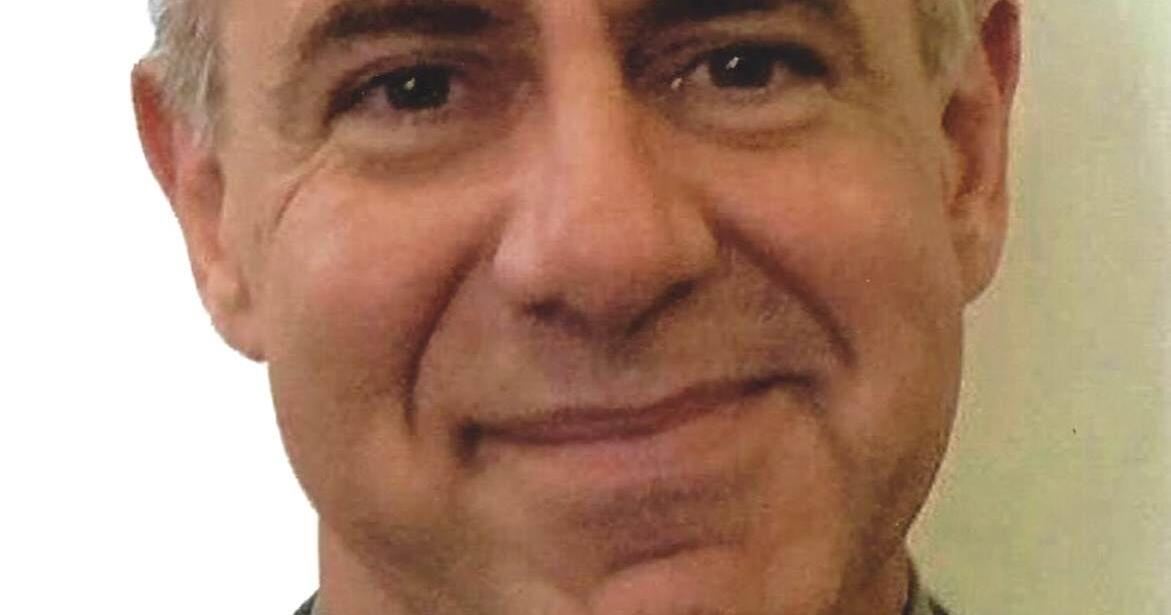 You may have read about legislation moving through the Virginia General Assembly regarding the future of Catawba Hospital. The bill would fund a study on reimagining that 112-year-old institution, and adding substance abuse treatment to the services it offers.

It’s a bipartisan effort, sponsored by Dels. Sam Rasoul, D-Roanoke, and Joe McNamara, R-Roanoke County. On Feb. 11, the measure got 99 votes in the House. It’s now being considered in the Senate.

When and if that study happens, one of the items under consideration should be a way to appropriately recognize Dr. Yad Jabbarpour, the hospital’s late, and longtime, chief of staff and medical director. They should name a future building, garden, lobby or something at Catawba Hospital after him. Plenty of structures there already sport names of longtime Catawba physicians.

He was a friend to me and many others in the Roanoke Valley. Sadly, he died Oct. 13, 2020, at age 57, following a three-year battle against pancreatic cancer.

Because he passed at a height of the COVID-19 pandemic, before any vaccine was available, there was no funeral. There was not even an obituary. His widow, Martina Retter, still runs into people who are unaware Yad died, said their son, Christopher Jabbarpour. So consider this column something that’s long overdue.

It’s fair to say the General Assembly might have closed Catawba in 2016, and perhaps even earlier than that, but for extensive behind-the-scenes skullduggery, led by Yad to keep it open.

As a state employee, he risked his job if he publicly advocated for his agency. But he was unwilling to sit back and watch lawmakers shutter his hospital. So he secretly organized a pressure campaign to keep it open, while he remained far in the background.

That involved late-night drives to Richmond with a carload of mental health advocates, furtive meetings with key lawmakers, and some secret email accounts. Jabbarpour rigged the latter over the dark web so that he could not be identified as the sender.

“He drove us all to Richmond for our meeting with the legislators,” recalled Diane Kelly, who directed Roanoke Valley’s chapter of Mental Health America for more than 30 years. But he did not dare go near legislative offices himself. The secrecy he brought to the endeavor “was hysterical,” Kelly added.

“He was super-paranoid that he’d be caught,” said Christopher, who set up the secret email accounts using TOR (a dark web browser) at his dad’s direction. It was all on behalf of the patients at Catawba.

“Any patient was the only patient, in Yad’s mind,” Kelly said.

“He was just more concerned about everybody else, rather than himself,” said Rob Leonard, a project manager in the construction industry and a friend of Yad’s for more than 10 years.

Known far and wide to friends by the three-letter nickname, Jabbarpour’s given name was Yadollah, which traces to his Iranian heritage. His father moved from Iran to the United States at age 18, later became a research chemist, and married an American woman.

Yad and his younger sister were raised in West Virginia. After high school, he attended Wake Forest University. And after an academic break of about a year, he began studying medicine at the University of Virginia in 1989.

Dr. Dan Harrington, who would later become chief of psychiatry at Carilion Clinic (and is now vice-dean at the Virginia Tech Carilion School of Medicine), supervised Yad the medical student during psychiatry rotations at UVa’s medical school.

Years later, after Jabbarpour completed a fellowship in child and adolescent psychiatry at Dartmouth, “we actually tried to recruit him,” Harrington added,

Yad had spent the year before entering medical school as a farmhand in Lienz, a town of about 13,000 in southern Austria that’s surrounded by the Dolomite mountains. That’s where his future wife, Martina, grew up.

There’s a story about how he landed there accidentally one day, on a bus, and why he stayed, but it’s too long to fully recount here. Suffice it to say, Yad was an outdoors enthusiast, and Lienz “was the most beautiful place he’d ever seen,” Martina said. The couple had hoped to spend their retirement years there, she added.

He was 21 and she was 17 when they met cross-country skiing. By then, Martina was an experienced racer; Yad was a game novice who would fall all over himself trying to descend a slope, she recalled.

Their long-distance romance persisted after he returned to the US for medical school and while she did university and graduate school studies in Austria. They were married on a frozen-over lake in New Hampshire on April 4, 1994.

His first assignment as a board-certified child psychiatrist was in 1995, with the Indian Health Service. That took the couple to Sitka, an island in southern Alaska, for two years.

Yad’s patients were native Alaskan children who often lived hundreds of miles distant from each other. Basically, he did house calls via a single-prop airplane (flown by a pilot). He was also the primary psychiatrist in Hoonah, a village on Sitka.

Over his career, he qualified for certifications in adult psychiatry and forensic psychiatry, too.

They moved to the Roanoke Valley in 1997, where Yad accepted two jobs. One was as a staff psychiatrist at Catawba. The other was as a consulting physician for the Blue Ridge Community Services Board. By 1999, he was chief of staff and chief medical officer at Catawba.

Yad had zero interest in practicing private medicine, Christopher Jabbarpour told me. Instead he felt drawn to public health – for which the clients typically have few resources or people standing up for them and their care.

“He always wanted to be there for those who could not advocate for themselves,” Martina said.

One of Yad’s closest associates at Catawba was its now-retired former CEO, Jack Wood. The two also became close friends working together there.

“He was a big advocate for mental health, for people who could not help themselves financially, physically or medically. He was compassionate and understanding. He was not judgmental. “

As a social friend, I never witnessed the intense-psychiatrist / administrator side of Yad that his colleagues described to me. The Yad I knew was an ingenious family guy, who liked to swim, run on trails, ride mountain bikes and spend time with his wife, their son and their younger daughter, Alexandra.

He was obviously intelligent, but never in a manner that left far lesser intellects (like me) feeling that way. Kind, respectful, and caring are the terms I’ll always associate with him, even all the way to the end.

Rob Leonard, who met Yad when he oversaw an addition to the family’s house in Salem more than a decade ago, told me a story about him that evoked those qualities. So did poet and Hollins professor TJ Anderson, another close friend of Yad’s.

Leonard’s a four-time cancer survivor who formed a small nonprofit, Roll Over Cancer, to help raise money for medical research. He supported Yad all the way through multiple rounds of chemo and surgery after Yad’s diagnosis with pancreatic cancer in 2017.

Early in 2019, Leonard mentioned to Yad how thrilled he was that Styx, one of Leonard’s favorite rock bands, had scheduled a show that spring at Elmwood Park. Yad had never attended a rock concert – so soon, he and Martina bought tickets for the show, too.

In the meantime, Yad contacted Styx and explained the fundraising organization Leonard formed to benefit cancer research. Weeks before the show, a guitar signed by Styx’s band members showed up completely unexpectedly at Leonard’s home. Yad had arranged it.

Later, when Roll Over Cancer auctioned off the guitar online, Yad organized other friends to secretly bid up the price. They bought it and then presented the guitar to Leonard. The auction raised $ 1,700.

“It’s metaphoric,” Leonard told me. “Yad was always giving back.” He sobbed when relating the anecdote. So did I, listening.

Anderson’s story was of the same stripe.

One of the interests he and Yad shared over decades of friendship was outdoor cooking. And on Oct. 8, 2020 – Anderson’s birthday – Yad and Martina showed up at Anderson’s house with a huge grill they’d just purchased, and presented it to him.

“He said, ‘We like grilling together,'” Anderson recalled. “‘This is a grill for you.'”

“Now, every time I grill a trout in the back yard – Yad is with me,” Anderson said.