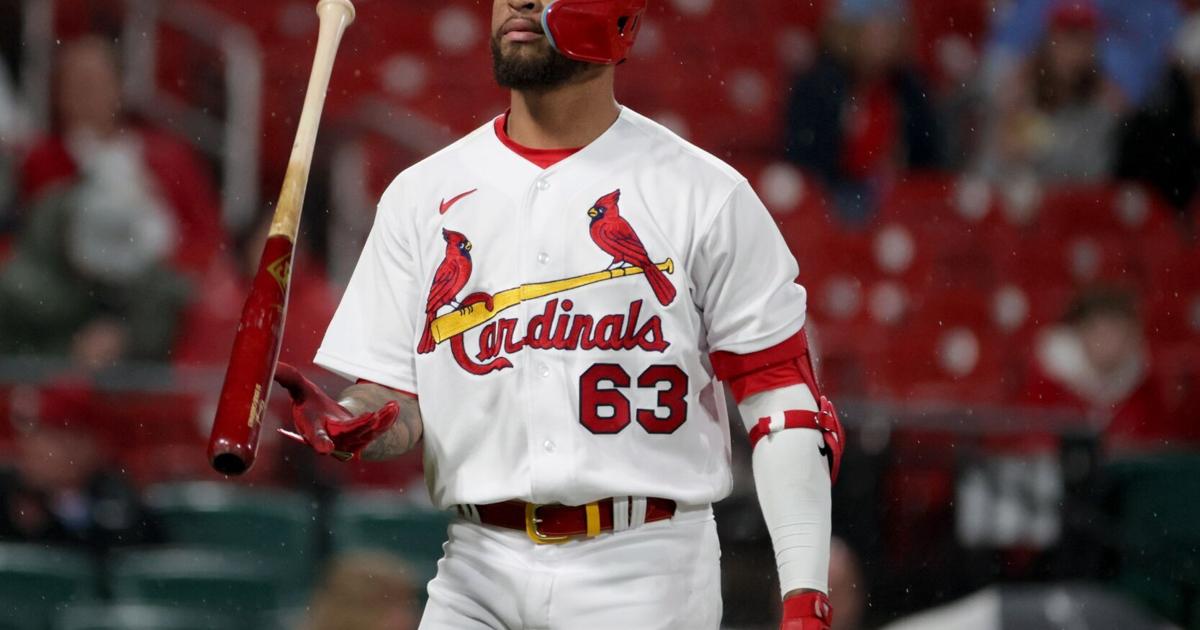 Before starting a two-game series in Kansas City, the Cardinals made a series of roster moves that included promoting Juan Yepez from Class AAA Memphis as shortstop Edmundo Sosa went on the injured list with no designation but it is presumed to be COVID related.

Post-Dispatch baseball writer Rick Hummel is reporting from the ballpark in Kansas City, Mo., that the Cardinals made the swap Tuesday afternoon.

The Cardinals are assessing the spread of the virus within their traveling party. The Cardinals have five people who have shown symptoms of the virus and tested positive for COVID-19. That group also includes three medical officials and one clubhouse attendant. The Cardinals intend to replace the members of the medical team for as long as necessary while on a two-city road trip.

The trip here will be shorter than expected. Wednesday’s series finale has been moved from 6:10 pm. to 12:10 pm because of bad weather forecast here for later in the day Wednesday.

Yepez is likely to play in the field Wednesday.

The Cardinals also added lefty Steven Matz to the bereavement list due to a death in his family. He was replaced on the roster by lefty Packy Naughton, who had just been optioned to Class AAA Memphis on Sunday. He did not get out of St. Louis before being recalled to join the team.

Yepez hit his ninth home run of the season during Tuesday’s game for Memphis in Memphis. He was promoted a few minutes later. Through the first 22 games of the season for the Redbirds, Yepez has batted .279 with a .651 slugging percentage and 26 RBIs. The first baseman is the Cardinals’ reigning organization player of the year.

Yepez was on the Cardinals’ playoff roster for the wild-card game at Dodger Stadium but did not appear in the loss.

Here is the updated lineup the Cardinals currently have posted:

The only change from the original lineup is Knizner replacing Molina.

Additionally, the Cardinals’ game Wednesday against the Royals has been moved up to a 12:10 pm St. Louis time start at Kauffman Stadium. The game was originally scheduled to start at 6:10 pm It will still be broadcast on KMOX / 1120 AM and Bally Sports Midwest as well as covered here at StlToday.com and for the pages of the Post-Dispatch.

This story will be updated.

Keep up with the latest Cardinals coverage from our award-winning team of reporters and columnists.