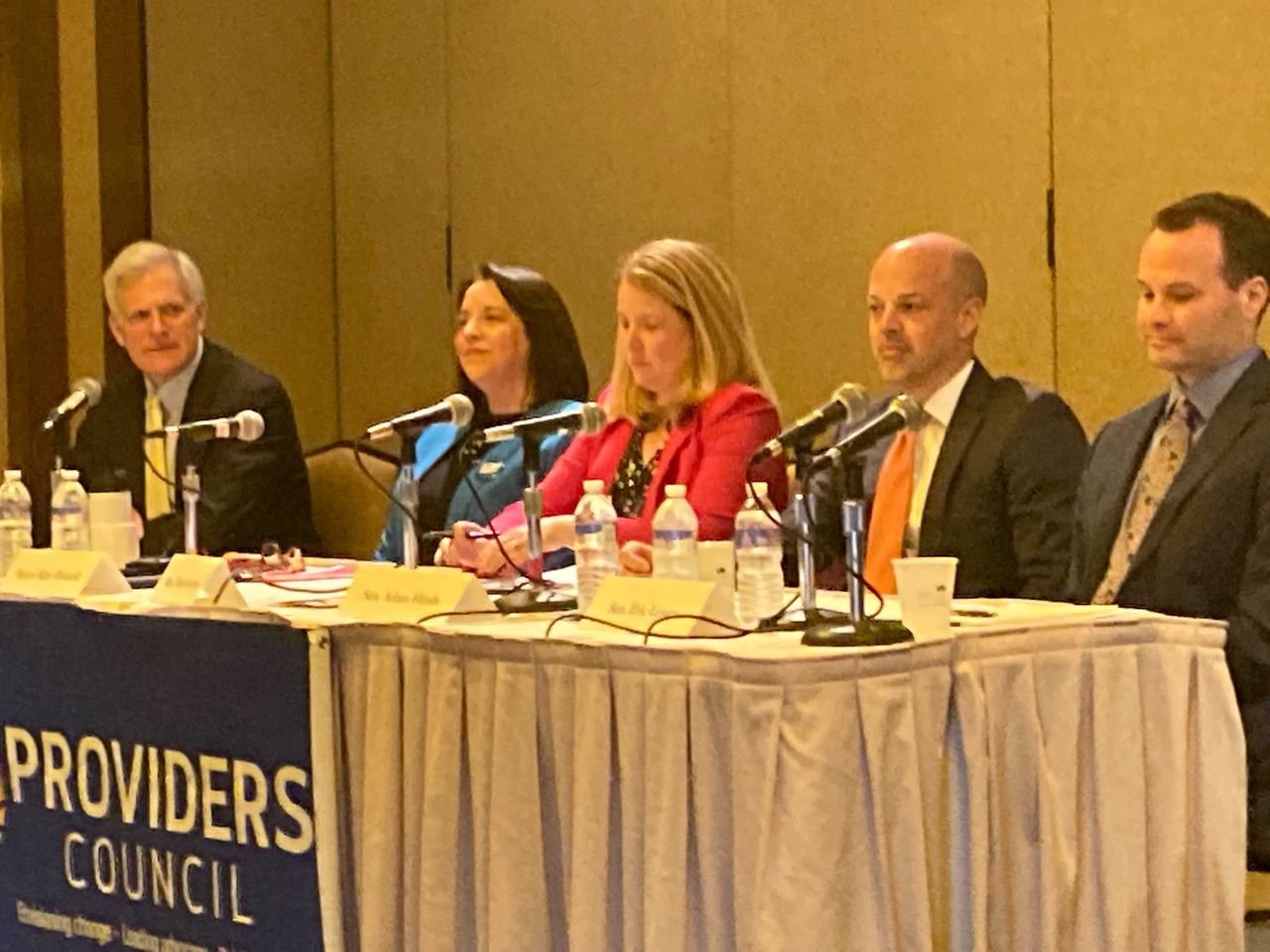 Five Democratic candidates for lieutenant governor tackled how to stem job losses in essential human services fields including addiction treatment, elderly services, mental health and disability care where workers have left in droves since the start of the pandemic.

The sector was already under strain when COVID-19 hit, Sen. Eric Lesser of East Longmeadow said at a candidate forum in Worcester on Monday. The pandemic only pushed the industry further into crisis, he said.

Salem Mayor Kim Driscoll also used the term “crisis” to refer to the job loss and hardships the industry is facing.

“There is no plan b,” Driscoll said, “This is a crisis that we do not have enough individuals to provide these services.”

The sector includes more than 180,000 jobs that provide support to people with intellectual or developmental disabilities, those with mental health or substance use disorder, children and older adults, among others, according to Providers’ Council President and CEO Michael Weekes.

Providers working with people with substance use disorders faced an increase in opioid deaths last year.

Weekes’ organization hosted the forum in Worcester, though he said it would not endorse or donate to any candidate in the race.

The candidates each offered their own solutions for job retention in the sector.

Driscoll called for the reimbursement rates for human and social services to be raised. Many of the candidates echoed her statements.

The rates are determined by the secretary of the Executive Office of Health and Human Services per state law, according to Mass.gov.

Driscoll also said it would help human services providers if politicians attacked the housing problem, specifically the high cost of housing, and the providers could be assured they had a safe and reliable roof over their heads.

In addition to higher pay, Lesser called for more investments in training in the industry and a culture in the commonwealth that understands that jobs in the human services industry are some of the most important jobs it has.

Another way the candidates suggested attacking the issue is looking at the cost of education. Candidate Bret Bero proposed looking into paying for the education of students who planned on going into the industry.

Lesser suggested assisting the workers with the $ 30 million in American Rescue Plan Funding allocated to support loan repayment, retention, and recruitment programs for human service workers, and expanding on the amount of available funds.

Rep. Tami Gouveia sees taxes as a possible solution for more funding. She said the commonwealth is not taxing all families, businesses and corporations the way it needs to be.

The issue itself “is an equity issue full stop,” according to Hinds, and needs to be addressed as such. Hinds stated that over 80% of the workers in the industry are female and over 40% are people of color.

The candidates also addressed how they would decrease the unemployment rate among people with disabilities.

Gouveia and Driscoll called for better access to transportation to make it easier for people with disabilities to get to work. New technologies and innovations should be used to empower workers that previously might have been left out, according to Lesser.

The republican candidates for lieutenant governor, Kate Campanale and Leah Allen, were invited to the event, but chose not to participate, organizers said.