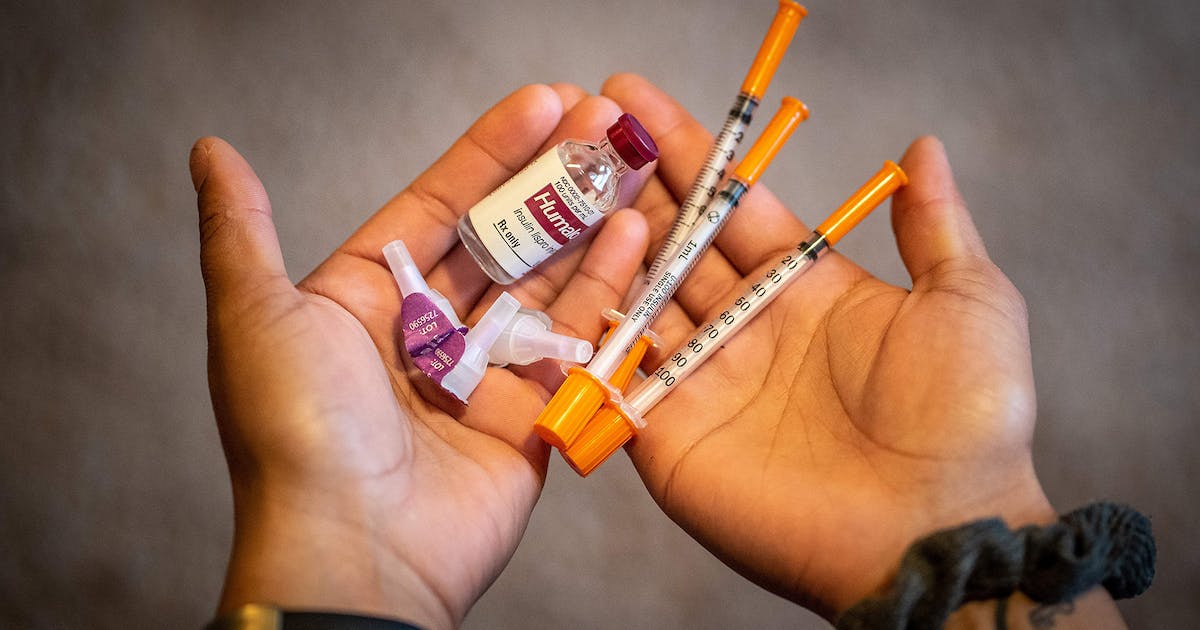 Opinion editor’s note: Editorials represent the opinions of the Star Tribune Editorial Board, which operates independently from the newsroom.

Access to insulin can be a matter of life or death for those with diabetes, a disease that more than 37 million Americans live with. But the drug’s soaring price can alarmingly put it out of reach of those who need it.

The cost of other drugs has risen during the same time, of course. Ideally, Congress would swiftly pass a remedy to ensure that all medications are affordable. But that is not realistic given deepening political divides and the even deeper pockets of pharmaceutical industry lobbyists.

What is doable is passing a targeted reform to help make insulin more affordable for those whose lives depend on it. This spring, there was laudable momentum to enact such a fix, with the US House passing the Affordable Insulin Now Act championed by Rep. Angie Craig, a Minnesota Democrat.

The challenge now is to sustain that moment and ensure the Senate also acts on insulin affordability this year. This will be no small feat after the leaked release of a US Supreme Court opinion involving another medical issue – abortion. That high-profile issue is critical, but it should not overshadow other urgent health care reforms, such as insulin access.

Craig’s leadership on insulin is commendable. In 2017, a young Minnesotan’s death tragically spotlighted the nation’s insulin cost crisis. Alec Smith, 26, had just aged off his mother’s health plan. He could not afford insulin and died after trying to ration it.

Minnesota legislators responded with compassionate common sense in 2020 when they passed the state’s pioneering emergency insulin assistance bill. Those who meet its reasonable eligibility guidelines can quickly get a 30-day supply for $ 35 from local pharmacies. Other states, such as Colorado, have also passed insulin affordability measures.

But access to this critical drug should not depend on where you live. That’s why federal reform covering all 50 states is so important.

Craig’s bill, if enacted, would cap insured individuals’ out-of-pocket insulin costs at $ 35 a month. A critical caveat: that price ceiling only applies to those with health insurance. It also does not get at the root of soaring insulin costs.

This bill is not a panacea, Craig acknowledged in an interview with an editorial writer. Nevertheless, it is still a strong step forward and would help many families struggling with insulin costs, which can be daunting even for those who have health insurance.

“The average commercial insurance plan in my district … they’re paying up to $ 300 or $ 400 a month in copays for their insulin. So to be able to cap the out-of-pocket cost of insulin at $ 35 a month,” Craig said, would be “life-changing for people who have access to insurance.”

All of Minnesota’s Republican House representatives voted against Craig’s bill. All of the state’s House Democrats voted for it. Minnesota’s two US senators, Amy Klobuchar and Tina Smith, both Democrats, are cosponsors of the Senate companion bill. Smith has also championed a federal emergency insulin assistance bill akin to Minnesota’s pioneering reform.

The Senate companion bill to Craig’s legislation likely faces an uphill battle in a closely divided chamber. An “insulin-only bill would need 60 votes to pass in the Senate, instead of a simple majority,” according to the Kaiser Family Foundation.

Other insulin cost reforms are under consideration in the Senate that could expand bipartisan support. Families struggling to afford insulin can not wait. Action and bipartisanship are urgently needed.