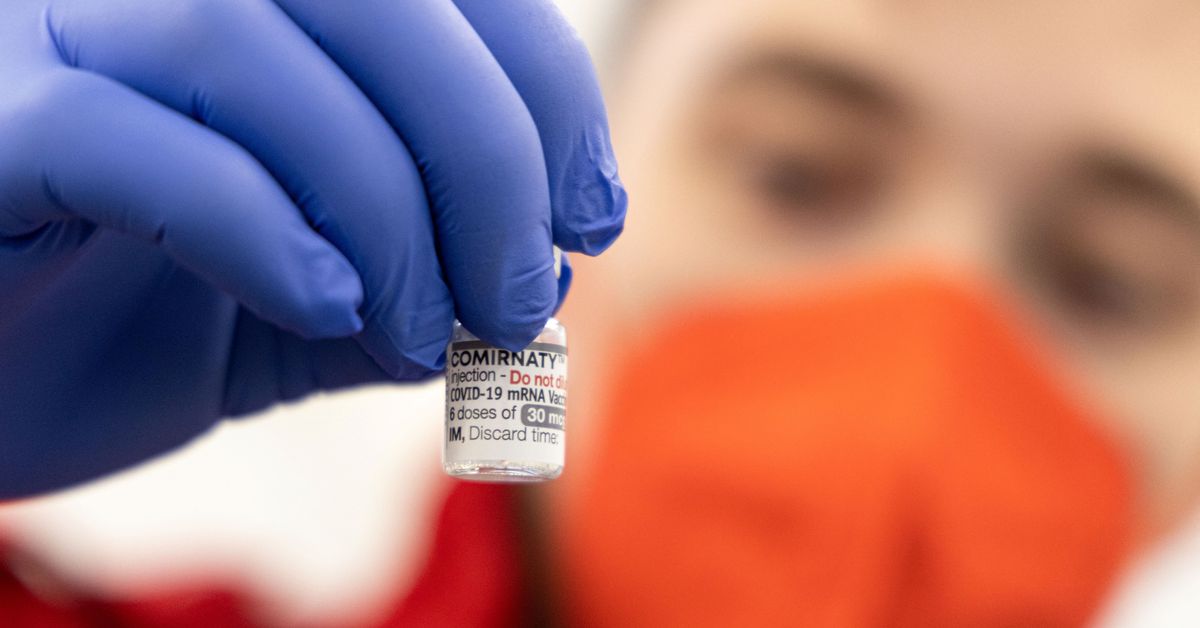 MARBURG, Germany Feb 16 (Reuters) – Germany’s BioNTech (22UAy.DE) has developed a vaccine factory made from shipping containers that it plans to ship to Africa as assembly kits to ease what the World Health Organization has described as huge disparities in global COVID-19 vaccine access.

The factory prototype will be instrumental in helping the biotech firm deliver on a pledge made last year to Rwanda, South Africa, Senegal and the African Union to secure mRNA vaccine production on the continent, where inoculation rates have fallen far behind other parts of the world . read more

Work on the first mRNA manufacturing facility in the African Union is due to begin in mid-2022 and the first container module is expected to arrive on the continent in the second half of the year, BioNTech said in a statement.

The factory, housed in two groups of six 40-foot containers, should kick off vaccine production about 12 months after delivery of the assembly kit.

BioNTech on Wednesday presented a prototype of one six-container module to the presidents of Senegal, Ghana and Rwanda, and other dignitaries including the WHO’s Director General and the German development minister, at its main vaccine production site in Marburg, Germany.

The gathering came ahead of a summit between EU and African Union leaders on Thursday when the EU is expected to reiterate its commitment to a 150-billion-euro investment package in Africa. read more

However, the new factory could also be used to make mRNA vaccines against other diseases such as malaria or tuberculosis depending on future development progress and medical needs.

BioNTech staff will run the facility initially as the company trains local partners to take over the complex vaccine making procedure that it says involves 50,000 steps.

As debate rages about whether BioNTech and other COVID-19 vaccine pioneers are doing enough to ease Africa’s reliance on imported shots, WHO-backed Afrigen Biologics of South Africa has set out to produce a version of Moderna’s (MRNA.O) vaccine, even though it has not managed to enlist the US company’s assistance. read more

Afrigen’s tech transfer hub was set up in June after Moderna and Pfizer (PFE.N) and BioNTech declined a WHO request to share their technology and expertise.

But a WHO official warned this month that it would take the vaccine hub up to three years to get approval for its shot if companies do not share their data. read more

“We welcome BioNTech’s initiative to increase vaccine production in Africa, as a complement to WHO’s mRNA technology transfer hub in South Africa and its network of ‘spokes’ around the world,” WHO Director-General Tedros Adhanom Ghebreyesus said in a statement.