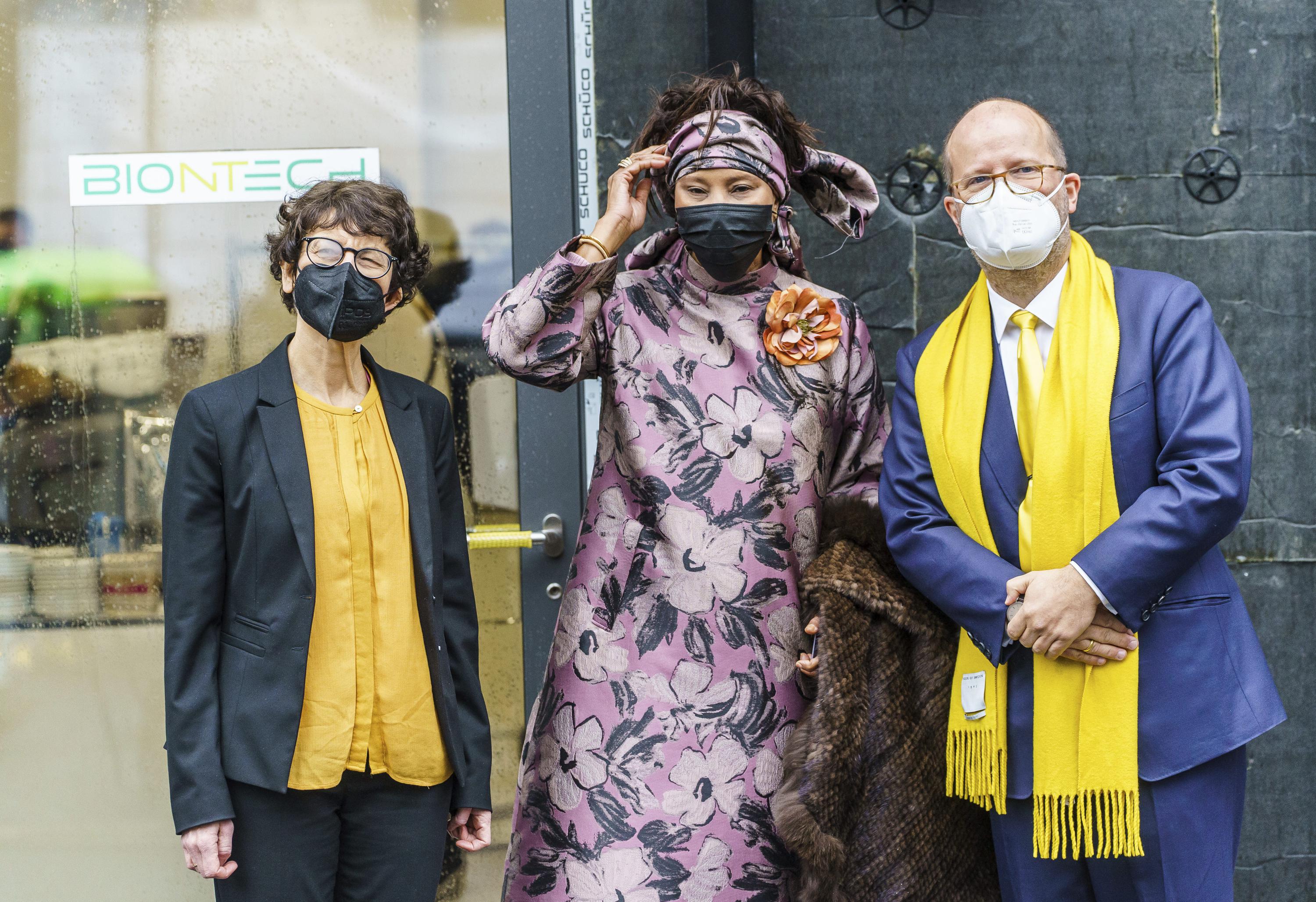 BERLIN (AP) – German vaccine maker BioNTech, which developed the first widely approved shot against COVID-19 together with Pfizer, unveiled plans Wednesday to establish manufacturing facilities in Africa that would boost the availability of much-needed medicines on the continent.

The modular design presented at a ceremony in Marburg, Germany, consists of shipping containers fitted with the equipment necessary to make the company’s mRNA-based vaccine, save for the final step of putting doses into bottles, a process known as fill and finish.

“Our goal is to enable mRNA production on all continents,” BioNTech CEO Ugur Sahin told The Associated Press.

BioNTech has been criticized by some campaign groups for refusing to suspend its vaccine patents and let rivals manufacture the shots as part of an effort to make them more widely available, especially in poor countries. The company argues that the process of making mRNA vaccines is difficult and it prefers to work with local partners to ensure consistent quality of the shots worldwide.

“Even collaborating with world-class companies, it takes three to four months just to ensure that the fill and finish (know-how) is transferred,” Sahin said. “And we have, of course, a limited capacity to do the full technology transfer.”

The first turnkey facility will be shipped to either Senegal or Rwanda in the second half of this year, BioNTech said. It aims to start production of up to 50 million doses of vaccine a year within 12 months, pending approval from local regulators.

That’s a fraction of the 1.2 billion doses the company produced in Marburg last year. But the vaccines made in the target country would likely be for use there and other African Union states at a not-for-profit price, BioNTech said.

BioNTech said it would initially staff and operate the facilities but later transfer the know-how to local partners to enable independent operation.

The system, which consists of 12 containers, could be scaled up easily in the future and modified to manufacture drugs for other diseases, such as malaria, cancer or tuberculosis, when they become available, the company said.

Sahin said adjusting the vaccine-manufacturing process also would be possible with the modular system.

“We could end up with vaccines requiring a lower dose or another formulation,” he said.

The head of the World Health Organization, Secretary-General Tedros Adhanom Ghebreyesus, welcomed BioNTech’s plan to increase vaccine production on the continent, saying it would complement the global body’s own effort to foster use of mRNA technology in South Africa and elsewhere.

WHO took the unusual step last year of teaming up with local companies and scientists to essentially replicate the mRNA-based COVID-19 shot made by US company Moderna.

Sahin said BioNTech had no problem with other approaches.

“The more solutions are available, the better the situation,” he told the AP.

“We would like to bring our innovation to people worldwide,” Sahin added. “If others have similar aims, that’s perfect.”

Despite efforts to provide millions of doses of COVID-19 vaccine to Africa through an international donor mechanism, only about 11% of the population on the continent has received the shot, compared to the global average of about 50%.

“Given the emergence and spread of variants, the pandemic will not be over until it is over everywhere,” Michel Sidibe, the African Union’s special envoy for the African Medicines Agency. “This initiative hopefully expands mRNA vaccine production in Africa.”