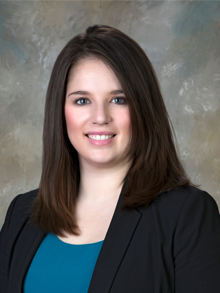 Altman was appointed acting commissioner by Wolff in August 2017 and her appointment was confirmed in Marsh 2018.

Prior to her appointment as commissioner, starting in 2015 she served as the chief of staff for the insurance department overseeing policy initiatives for the agency and coordinating with other state agencies and external groups. She served under former Insurance Commissioner Teresa Miller. She previously held positions at the US Department of Health and Human Services’ Center for Consumer Information and Insurance Oversight, where she helped develop policy and facilitate the implementation of the Affordable Care Act.

Altman grew up in Menlo Park, California and is a graduate of Cornell University and Harvard University’s John F. Kennedy School of Government. Altman will begin her tenure with Covered California on March 7, 2022, and will earn $ 450,000 annually.

Altman will step into the Covered California CEO role following the planned departure of Peter V. Lee, who has led the organization since its inception more than a decade ago.

“Commissioner Altman has been a steadfast leader for Pennsylvanians throughout her tenure in state government including protecting access to high-quality, affordable health care by holding insurance companies accountable, ensuring adequate consumer protections and education is available and easily digestible, and overseeing the creation of the commonwealth’s very own state-based exchange, Pennie, ”said Wolf said in a statement thanking her for her service.

Altman represented the department in a number of statewide initiatives including coordinating aspects of Health Innovation in Pennsylvania, which leverages funds from the Centers for Medicare and Medicaid Services’ State Innovation Model Initiative and sitting as a board member for ABC-MAP, the Commonwealth’s initiative to implement a prescription drug monitoring program.

The most important insurance news, in your inbox every business day.

Get the insurance industry’s trusted newsletter