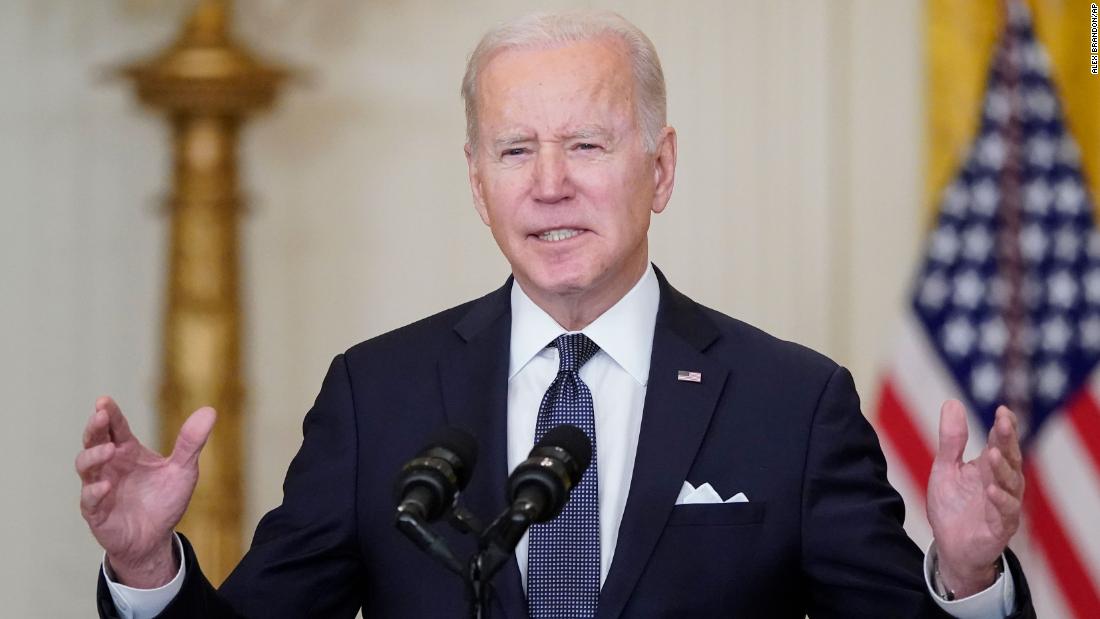 (You can also get “5 Things You Need to Know Today” delivered to your inbox daily. Sign up here.)

President Joe Biden made a plea for diplomacy in a speech yesterday as the world watches to see if Russian President Vladimir Putin orders an invasion of Ukraine. Biden warned that Russia should expect “overwhelming international condemnation” and other repercussions if they proceed. Earlier in the day, Putin said Russia was pulling back some of its military units, but Western officials said they had seen no evidence that any partial withdrawal had begun. In the face of the Kremlin’s aggression, Biden also said he will help “defend every inch of NATO territory with the full force of American power” to help mitigate the effects of the crisis that would be felt across the US. Experts say an invasion of Ukraine would destabilize world energy markets, resulting in higher prices at gas pumps.

The families of several victims killed in the 2012 Sandy Hook Elementary School shooting have reached a $ 73 million settlement with Remingtonthe now-bankrupt manufacturer of the AR-15-style rifle used in the massacre that left 20 children and six adults dead in Newtown, Connecticut. The families sued Remington in 2014, alleging the gun maker should be held partially responsible for the shooting because of its marketing strategy that allegedly reinforced military-style images of combat weapons. Existing federal law usually protects many gun manufacturers from wrongful death lawsuits brought by family members, but the marketing argument in this case was a new approach. Nicole Hockley, whose 6-year-old son Dylan was killed in the shooting, called the settlement a “landmark, historic victory.”

Covid-19 cases and hospitalizations are declining across the US, but more than 2,000 Americans are still dying every day due to the virus. The US is now averaging 151,056 new Covid-19 cases, according to data from Johns Hopkins University – a stark difference from the peak of more than 800,000 cases per day a month ago. Vaccinations across the US are also slowing down. About 64% of Americans are fully vaccinated, but only 28% have received a booster dose, according to latest CDC data. Meanwhile, in Canada, some blockades at border crossings over vaccine mandates are coming to an endbut protests remain ongoing in the downtown core of Ottawa.

Prince Andrew and Virginia Giuffre have reached an out-of-court settlement in her sexual abuse lawsuit against him. The amount of the settlement will not be disclosed, according to a court document filed yesterday by Giuffre’s attorneys. Prince Andrew says he also intends to make a substantial donation to Giuffre’s charity in support of victims’ rights. The settlement comes after Queen Elizabeth’s second son was stripped of his royal public duties in the wake of the scandal. In the lawsuit, Giuffre alleged that disgraced financier Jeffrey Epstein trafficked her and forced her to have sex with his friends, including Prince Andrew, and that Andrew was aware she was underage in the US at the time. The prince has repeatedly and flatly denied the abuse.

The family of Halyna Hutchins, the cinematographer killed on the set of the movie “Rust” last fall, has filed a wrongful death lawsuit against actor Alec Baldwin, the film’s production companies, its producers, and other key members of the crew. Hutchins was fatally shot last October during a rehearsal for a movie scene, which was being shot near Santa Fe, New Mexico. The family’s lawsuit alleges Baldwin and others charged with safety on the set violated numerous industry standards. The suit also claims the production companies and producers “cut corners” and “chose to hire the cheapest crew available,” specifically alleging that they “knowingly hired a wholly unqualified armorer.” Baldwin’s team told CNN they had no comment on the filing.

Let’s see those smiles! Face coverings will be optional for vaccinated guests at the “happiest place on Earth.”

These two athletes are winning at the game called life. We love to see it.

Reality TV can teach us about ourselves, a new book says

The irony of being addicted to TLC’s “My Strange Addiction.” Why is it oddly fascinating to watch people eat couch cushions? Asking for a friend …

Bravo! Brittney Johnson is the first Black woman to play the lead role full-time. The audience roared in applause to celebrate her first performance.

Because, why not? Fashion has no boundaries!

Slovakia upset the United States in men’s ice hockey in one of the biggest shocks of the Winter Olympics. Slovakia beat the US 3-2 in overtime after a dramatic penalty shootout. They now advance to the semifinals.

Follow the latest news and highlights from the Winter Olympics here.

– Judge Jed Rakoffon the defamation lawsuit brought by Sarah Palin against the New York Times. Palin sued the Times and its former editorial page editor James Bennet in 2017 after they published an editorial that erroneously linked her political action committee to a shooting in 2011 that killed six and injured former Congresswoman Gabrielle Giffords. The jury found Palin had not proven her case and delivered its unanimous verdict yesterday.

Deep breath in, deep breath out. You’ve almost made it through half the week. Enjoy these mesmerizing raking patterns in the sand. (Click here to view)