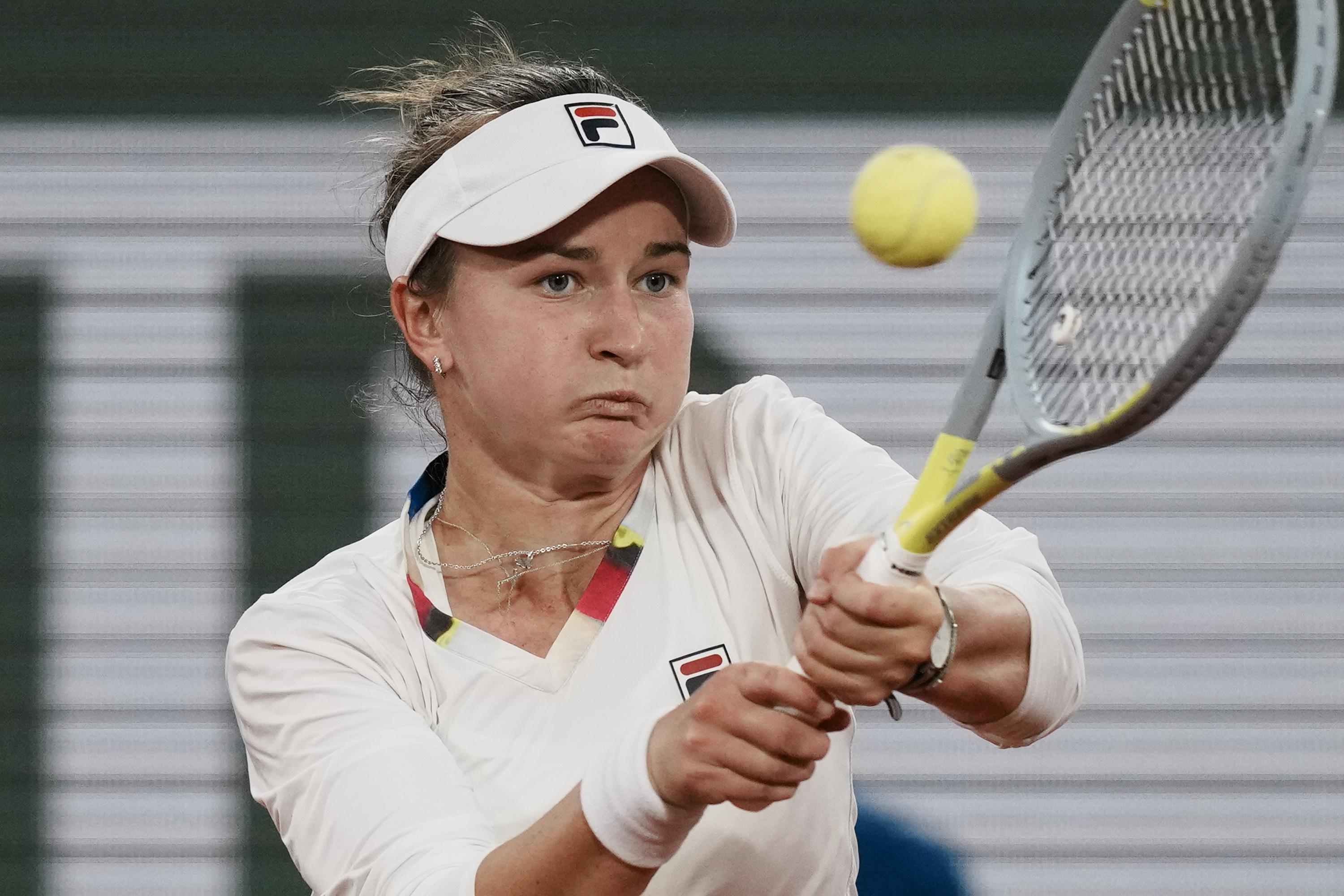 PARIS (AP) – Barbora Krejcikova, last year’s French Open champion in singles and doubles, says she has tested positive for COVID-19 and will withdraw from the tournament.

She already lost in the first round of singles but said Wednesday in a posting on Instagram that now she will need to drop out of trying to defend the doubles title she won in 2021 with Katerina Siniakova.

“Last night I started to feel bad and this morning I woke up with fever. I decided to get tested for Covid and it came back positive, ”Krejcikova wrote. “I am extremely sad that I will not be able to defend my title in doubles here, but on the positive side, I am glad I am injury free and can not wait to get healthy and back to training.”

The 26-year-old from Czech Republic is the second player to announce she tested positive for the illness caused by the coronavirus since this year’s second Grand Slam tournament began on Sunday.

Another Czech player, Marie Bouzkova, pulled out of the clay-court event before her second-round singles match.

After two years of pandemic-related restrictions at the French Open, including COVID-19 testing for players and limits on the numbers of spectators allowed, there has been a return to normalcy around the tournament, with full-capacity stands at matches and no mask requirement.

Krejcikova was seeded No. 2 in singles at Roland Garros but in her first match since February because an injured right elbow, she lost 1-6, 6-2, 6-3 on Monday to Diane Parry, a 19-year-old from France who is ranked 97th.

A year ago in Paris, Krejcikova was unseeded in singles but wound up with the championship, defeating Anastasia Pavlyuchenkova in the final.

Then she teamed up with Siniakova to add the doubles trophy, too, becoming the first woman since Mary Pierce in 2000 to win both the singles and doubles titles at the French Open in the same year.

Bouzkova was supposed to face No. 31-seed Elise Mertens, who advanced to the third round.

Bouzkova wrote on Twitter that she hopes she “will start to feel better soon and get back on court.”

Bouzkova is a 23-year-old who has never made it past the second round of a Grand Slam tournament in 13 appearances, including 10 losses in the first round.